Where I picked up my book:  Publisher (#partner) THANK YOU 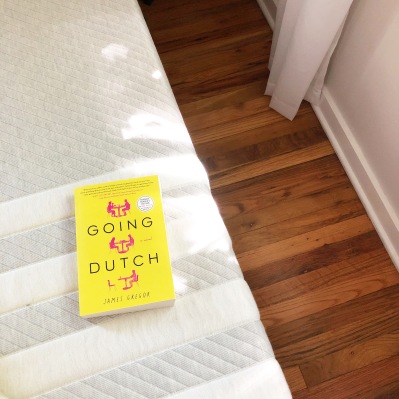 My Thoughts: I enjoyed parts of this book, but with some major caveats. Let me first talk about the things I didn’t necessarily love:

So as you can see, I didn’t love this book. I struggled with not only the main characters (especially with how Anne was portrayed), but with the actual plot of the story as well. It just didn’t do much for me and it’s unfortunate, because I think it had a lot of potential. As a queer woman, I was also really bothered with how bisexuality was treated as a negative. There is also a sense of entitlement in this book and although it’s hard to pinpoint specifics, it just reeked on entitlement and a ‘higher than thou’ attitude that turned me right off. Ooof…that was hard to say, but how I feel.

I think if there were some changes made to this book it would have been a book I enjoyed, but as it stands…I was disappointed. I won’t necessarily shy away from other books Gregor puts out into the world but maybe I’ll be a little weary.

There you have it! Come find me on Instagram or find my paper goods here!

Where I picked up my book: Purchased from an Indie

I thoroughly enjoyed this book and am so happy to have finally read it. Some described it as a bit simplistic, and some even thought it should have gone into the YA category, and although I don’t agree with those critiques, I understand what they are saying. It IS a more simply written book. It CAN seem redundant at times. It DOES take a complex situation and makes it more understandable for readers that have not experienced this situation…but I think a lot of that was intentional. It wasn’t meant to be the next great novel full of of hidden nuance, complex narratives and indecipherable language. Instead, it was meant to open up the reader’s eyes and allow them a peek into the lives of women (and families) living in a patriarchal society where arranged marriages are common and not airing dirty laundry is a daily practice. For woman who live this reality, days are simple and redundant, but there are mysteries and things to discover between what is actually being said. Look there and I think you’ll love this book!

As always, come find me on Instagram and let’s talk books! You can also find my greeting cards and other paper goods over on PAGEFIFTYFIVE.

Where I picked up my book: Free from publisher. THANK YOU!

I’m having a tough time reviewing this book and here’s why. This might be a bit long-but bear with me. I enjoyed the story. I always, always, always love delving into the thick of family dynamics and into the brains of different members of said family. I love a book that deals with race and culture where it doesn’t just bring up the topic, but it asks its readers to dig deep and really put yourself into these characters heads (for good or bad). I LOVE a book that isn’t afraid to ask tough questions of me as a reader. A Good Neighborhood did all of that. Yes, it seemed like there was a lot going on it the book, probably too much for my taste (environmental concerns, interracial dating, race relations, class relations, sexual abuse, influences of power, extreme religion, mental health concerns, and even more). It was a lot to pack into one book and I think it would have been beneficial to discuss less topics more thoroughly, but I still wasn’t turned off by that alone.

Here’s where I should stop myself though and give you a little background about what this book is about. A Good Neighborhood (this title should have been in quotes I think) is about 2 neighboring families. One family consists of a son who is biracial and his mother, who is black. They live in an older home with neighborhood friends, host a monthly book clubs, they don’t own a television, they listen to a lot of music, old trees are well-loved on their property and beautiful gardens are the heartbeat of the family. Their home ALSO now back up to a newly established neighborhood. The other family that moves right behind the Alston-Holts’ family are a white, rich, entitled family who has just had a mansion, for all intents and purposes,  built in the new development. The father owns an AC company and walks around like an entitled white man of privilege (in my humble opinion). Their house has disturbed the existing trees, they put in a fence, an in-ground pool and drive their fancy cars in and out of the neighborhood. They purposefully take up space. They are the epitome of entitlement and we see that from square one. I despised this family from the very beginning. There is a lot that goes on, and doesn’t go on, between these families that I don’t want to spoil, but you can probably see where some issues between them might arise.

So now I will come to the part of the book that made me feel a bit off. This author is white, and although she confronts this fact in the acknowledgements at the beginning of the book, I felt like there was something innately off. I don’t like to read a book where a white author put themselves into the shoes of a Black person and speaks for them. We all remember the feedback that happened with The Help and is currently happening with American Dirt? Fowler mentioned that she approached this project with respect, for accurate representations and was mindful of the ways white people have gotten things wrong. I appreciate that. She went on to say that she saw Zadie Smith give a talk and “in essence, Smith said an author can and should write whatever she wants to as long as they do their homework.” Hmmm…this alone had me questioning the authenticity of that statement and also had me thinking, well…just because one Black person says this that doesn’t mean you have permission or better yet, doesn’t mean some people won’t question it. So, this is me questioning it. It felt off to me and even weeks later, I’m having trouble putting into words what exactly felt off. Here are some thoughts: I don’t think white people should put words into Black people’s mouths (hasn’t that happened for long enough already? It’s time for white people to be quiet and let people of color speak for themselves. In both the world as a whole, and in fiction. Second, when you say you’ve done your homework, what homework have you done? I would genuinely love to know and that might make me change my mind about all of this. But just mentioning one Black person as if that gives permission doesn’t seem to validate much for me. Third, when only white people are praising your book but you’ve said you’ve done your homework, this leaves me wondering where the Black people are that helped you do your homework. How are they seeing your story play out from their seat at the table. AND that ending just put me over the edge. Again, I don’t want to ruin this book for you, but I will say-Black people shouldn’t be left (in real life or in fiction) to prove points to white people. People of color shouldn’t be used to teach white people lessons and that’s what this book felt like to me.

So there you have it. I wasn’t expecting to write such an intense review or to have such extreme opinions about this book. Overall, I enjoyed the plot. It kept me interested and I spent many night flipping through the pages to see what was going to happen next. I LOVED the environmental/ecology aspect of the book and by far, Valerie Alston-Holt was my favorite character and I still think about her regularly. To be honest, I’ve thought about this book a lot in the past few months. BUT, I was left with a bad taste in my mouth and unfortunately, this book just didn’t work for me as a whole. I’m just not sure if it was a white woman’s story to tell. In my opinion, white people have spoken for Black people too much already and have used people of color to prove points one too many times. I think if this story was written by a Black author, it would have been a very different, and much stronger, story. The idea is great-it just felt off in it’s execution.

Here is a new wallpaper for all of you book lovers out there! Come visit me over on Instagram and tell me what you’re reading! I’m in the middle of Patsy and I’m LOVINGGGGGG it! 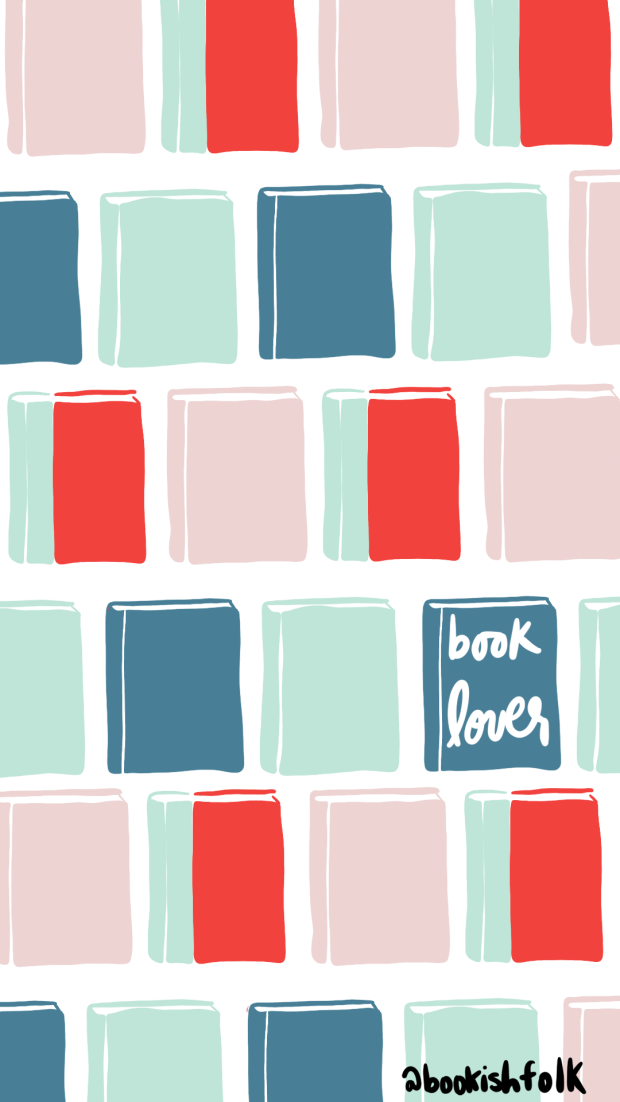 Here is December’s wallpaper-better late than never, right? Sorry about that but here you go! Enjoy, share and happy holidays!